My alma mater: University of Texas, 1976, Bachelor of Journalism degree.

I got into this line of work because: I woke every morning to my father watching the Today Show with Barbara Walters. I thought it would be fun to meet and interview people, but knew I could never get rid of my northeast Texas accent for a career in broadcast journalism. So I went into print journalism.

My favorite assignment: It’s hard to pick just one. I interviewed the Eagle's Don Henley as a cub reporter in 1976. He grew up in the same county as I did (Cass County), and his high school band, the Four Speeds, played at my sister’s eighth-grade graduation party at our home. I knew one of his mother’s best friends and she helped set up the interview when she learned he was paying a visit. One of my favorite corporate assignments was developing the creative for Conoco's 125th anniversary communications campaign. I was also proud to get my late uncle's letters from WWII published in the Houston Chronicle's Texas magazine. For a complete list of my Top Ten assignments, check out the Torma Times 25th anniversary edition.

One person whose story I'd love to tell: Natalie Maines of the Dixie Chicks. I love her music and admire her spirit.

When I'm not working, I can be found: Spending time with family (husband of 35 years, three sons, a lovely daughter-in-law and a crazy Springer spaniel named Bart), laughing with friends (you know who you are!) and working out at the gym to fight the battle of the bulge. (I’m currently losing.) 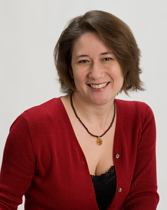 My story began: On the great plains of Nebraska. I moved to Texas in the late 1980s and began working for Torma Communications in 1998 after touring the office in Rice Village, an eclectic house where the bathroom was shaded Mardi Gras purple and the view from my office was lush and green. I came for the purple bathroom—I stayed for the cool job.

My alma mater: I received a Bachelor of Arts in English from The University of Texas at Austin. If you ask me about the “team,” however, I will be forced to admit how woefully clueless I am when it comes to football.

I got into this line of work because: I love writing, pure and simple. As a communications consultant, I have the opportunity to delve into very technical (and diverse) subjects and write them in a way that engages a wider audience.

My favorite assignment: I really love the sciences, so when I had the opportunity to throw on scrubs and be onsite for a cardiac catheterization at St. Luke’s Episcopal Hospital, I jumped at the chance. Also memorable was a trip to the Harris County Medical Examiner’s Office for Harris County Precinct 4. During the trip, I interviewed some of the nation’s top forensic pathologists, scientists and a forensic anthropologist for an article in the precinct’s Update newsletter.

One person whose story I'd love to tell: I’ve found the most compelling stories come from everyday people. Years back, I interviewed trauma survivors for Harris County Hospital District. It meant a great deal to tell their harrowing stories.

When I'm not working, I can be found: On the dance floor at the gym! I also love spending time with my husband, Pete, two children, three house dogs and our latest foster dog. While we currently foster golden retrievers for Golden Beginnings (www.gbgrr.org), we've also had a great deal of fun fostering greyhounds for Houston's Greyhound Pets of America (www.gpahouston.org), which seeks to find homes for retired racers. Though our children will leap at the chance to foster puppies (a chaotic proposition), we prefer to remain sane and primarily foster adults dogs.

A picture's worth a thousand words. When you have a visual story to tell, such as a United Way campaign kickoff or employee community service project, let Torma tell the story through video. Watch our work. 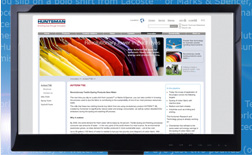 We provide communications services ranging from one-time articles to turnkey publications for print and the web. And now we do video stories, too. See our work.